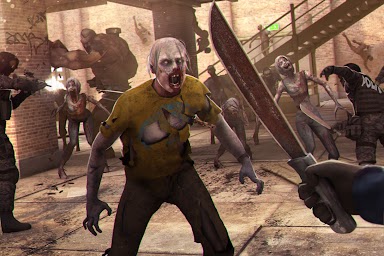 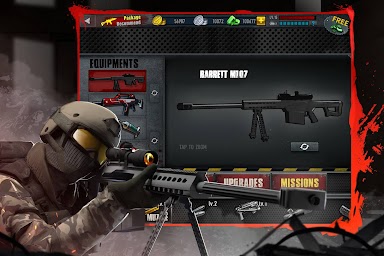 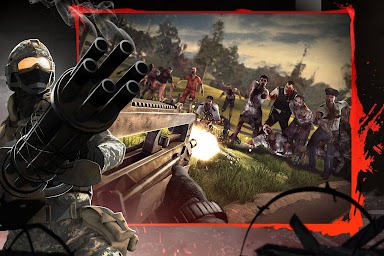 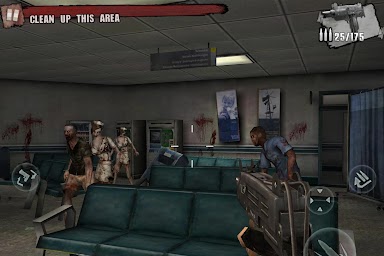 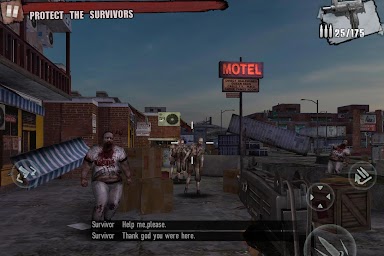 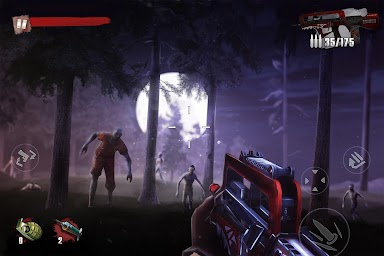 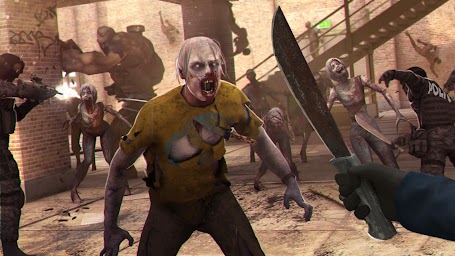 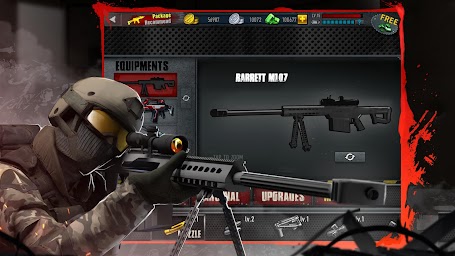 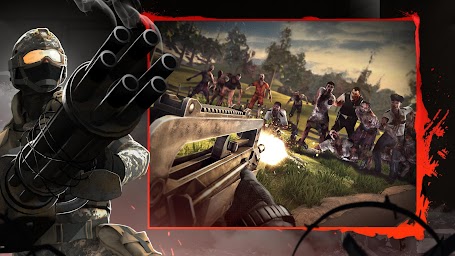 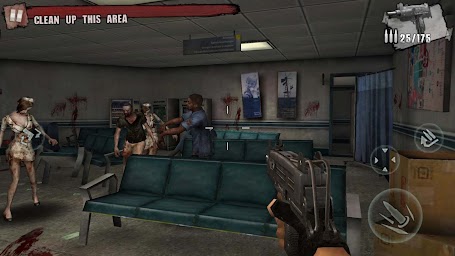 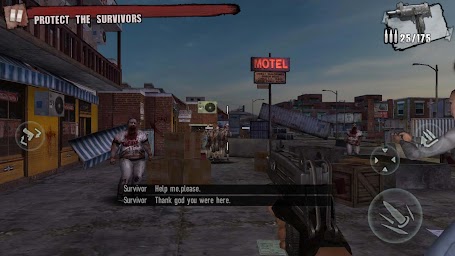 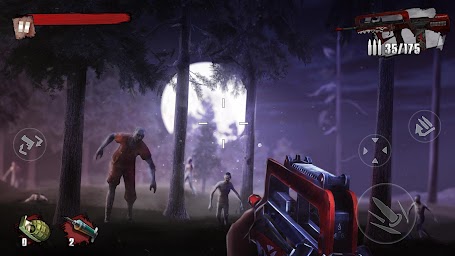 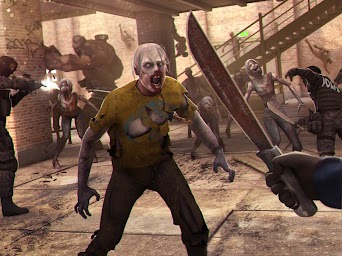 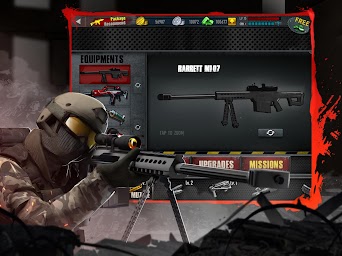 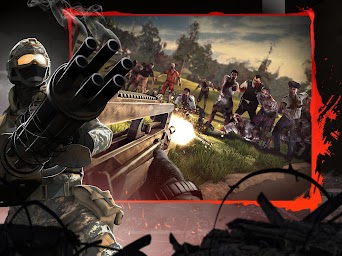 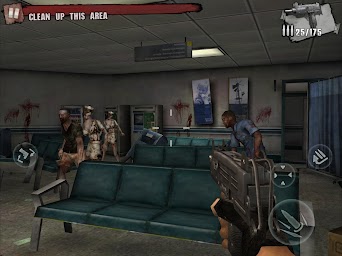 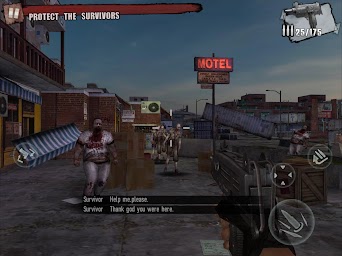 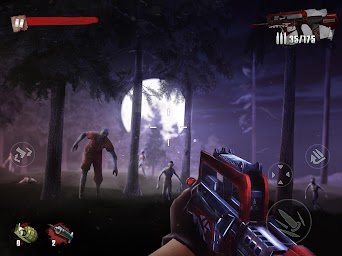 Zombie Frontier 1.31 APK + MOD (Unlimited cash, gold) requires Android 4.0 and up, size 20 Mb . You must update your Android phone if it doesn't meet the requirements.

How to Download, Install and Use Zombie Frontier Mod Apk?

Zombies have become the norm in the past few years. From exciting PC games such as Left 4 Dead to mainstream TV shows such as The Walking Dead, who doesn’t love them? They’re everywhere and at this point, it’s only natural that games become zombie-focused.

But Zombie Frontier 3 isn’t your typical zombie shooting game out there! It’s got much decent graphics and entertaining gameplay that will keep you on edge for hours! Ready to become the best gun-slinging zombie survivor?

Like any other zombie story out there, the game starts with a normal busy life. After one fateful night, everything changes! For a moment, everything suddenly turned to red stained with blood and zombies are everywhere. Someone illegally distributed a zombie vaccine that turns normal people into the undead! The disaster soon became an impending doom. What will you do?

Like so many zombie games out there, Zombie Frontier 3 is an action FPS zombie game. You are a soldier amidst a zombie-infested world. In this game, you get to experience what it’s like to be alone and to protect yourself. The realistic graphics combined with the frightening zombies make for a truly interesting experience.

Nothing can be said much about the gameplay except that it’s adrenaline-pumping! Unlike other FPS games, in here your character will move automatically so you need not bother at all. Your only task is to aim and shoot the zombies before they get to you. Master the controls to quickly switch between weapons or throw grenades to hordes of zombies in front of you. You also need to inject adrenaline shots to rescue ordinary people that you see. Try to get as many survivors as possible. On the other hand, try to get as many headshots as possible with the zombies.

To prove that Zombie Frontier 3 isn’t your typical run-of-the-mill zombie game, we’ve compiled together these features. We can only say that they’re quite tempting! See it for yourself:

Diverse missions – In this game, you don’t just mindlessly go out and shoot zombies. Instead, you need to complete tasks and missions. There are different tasks for you to complete such as a rescue mission, sniper missions, and zombie-horde missions. In each mission, you are tasked to complete all the 4 stages before facing with a boss. But don’t worry, you’re not alone in this world. You can team up with other players to participate in sniper missions. Learn to communicate with them and befriend them so you can truly have an immersive gaming experience.

Incredible Weapons – In this game, your weapons are your primary protection against the zombies. That’s why this game didn’t shy away from providing you with only the best there is. These beautifully crafted weapons are available to your disposal. Pick from different categories such as rifles, sniper rifles, pistols and machine guns. There are the common weapons such as an AK-47, Desert Eagle and more. Like any other shooting game, each gun has its strengths and weaknesses. Learning them are imperative in order to maximize their usefulness. For instance, shotguns are good for close range while sniper rifles are best used for long-distance fights. Lastly, you can also upgrade your weapons to increase their fire rate and damage output.

Realistic Graphics and Sound – What makes a zombie shooting game a truly immersive experience is when the graphics and sounds are cohesive and realistic. These two elements make up for such an interesting and fun gaming time when combined successfully. Zombie Frontier 3 makes use of realistic graphics and stunning sound effects to really give the impression of a zombie apocalyptic world.

Zombie games may seem as simple as shooting mindlessly but there’s more to it than that. In Zombie Frontier 3, you need to have a sound strategy and a strong will in order to consistently fight with hordes of zombies. Luckily for you, we’ve collected a bunch of tips that will help you survive:

Aim for the head – Like in real life, a shot to the head almost always guarantee a kill. This is also true in this game where headshots will give zombies a hard time. In order to do this, it’s necessary to aim down your sights for each zombie. Try shooting in small bursts to reduce the recoil, it’ll make your shots more accurate!

Upgrade your starting guns – This is needless to say but upgrading your guns at the start is a great tip that you should follow. In this game, you’ll start with the M10 and the M629 guns. Instead of using your coins to buy a new gun, use them to upgrade your existing guns first. Focus on maxing out the levels of your first two guns in order to deal more damage. This is significantly better than having guns that aren’t even upgraded.

Learn when to swap weapons – In some situations, reloading may not be an option. Hordes of zombies may already be fast approaching you so your only option is to switch out to a secondary weapon such as a pistol. This will allow you to buy enough time and keep the zombies at bay. Once the space has been cleared, you can then switch to your primary weapon and reload it to use it again. Pretty neat, right?

New guns cost a lot in this game, if you don’t want to wait too long, download the unlimited money mod and get unlimited everything for free!

No, You can download the Zombie Frontier Mod Apk on your smartphone for free

Q. Why is my Zombie Frontier Mod Apk not installed?

No, You might have installed an older version of Zombie Frontier Mod Apk. So please install the latest apk file from this website.

Eze Okey: I would have love to give it 5 stars but my only problem is that the upgrade is almost impossible,you can only buy guns with gems and you are hardly given gems and even the gold comes in small quantities so please increase the reward but above all great work guys ???

Ashley Miller: This game is WAAAY too hard. Let's say you run out of money to upgrade your weapons and your on a hard level and there's no other way to get lots of money so you HAVE TOO buy more money with in app purchases. Now that's the most annoying so far. But what's worse is the difficulty in the levels they feel like their near impossible to beat. So this game FORCES you to buy in app purchases it. It makes me so angry to waste money on games like these. This game is not worth playing.

Javon Morrison: The game is fine you just need upgrade it every time I try to buy something is scam because I'm trying to buy something and it doesn't work so it's pretty a bit a good game but you just need to upgrade in a bit no a big upgrade a mega upgrade so I just need you to upgrade this because this shooter game is not worth it you get your hopes up and there you die a lot of times and dare every time so I just wanted to upgrade a bit or mega mega mega mega upgrade ok soo that's why I want for this game k

Rupesh Mishra: This game is bad when You download and play 6 to 7 game I thing in level 3 the developer will make very hard that level you never able to kill all zombies I will try to clear but I thing it's impossible please don't download this game.

Jackson Jr: Review For version 2.36. The full auto sounds are a bit out of rhythm. You need to fine tune the full auto sound. It feels like fire rate is going up and coming down back and forth. Which in reality doesn't happen. And that hampers gameplay experience. And firearm upgrades should be removable . this is my favorite zombie game so far, but it has flaws...

Malan Marais: Great game once you get the hang of it. Too many ads though and if you get right to the end, there is a glitch. Your screen goes dark and you can't see anything and you get killed within seconds. FIX this issue and you have a very good game. There is even a glitch in the game where you can get 12000 pieces of gold with ease, but that I will keep to myself until the end glitch is sorted ;)

A Google user: The most annoying time that I ever had playing a game on my phone. Be it a free game or a paid game, I have never had so many ads at all. For every 2-3 missions completed, there is an advertisement. And there ain't no option of skipping it as well. This is the onlh reason I gave 3 stars. I know ads are important for the developers, but this many ads are just too much. I am seriously getting fed up and thinking if leaving the game now.

A Google user: The game runs perfectly. Gameplay is perfect. The only and wierd problem is - after launching the game, the screen remains dark. Once i press the app switcher and then again select the game, only then the game starts working. This is really awkward. The latest update hadn't fixed it. Kindly look into it.

A Google user: Too much ads. Ads within ads. I'm fine watching them to get energy and double rewards but force ads after watching one disrupts the game. Sometimes the music of the previous ad keeps playing in the background unless i exit the game and open it again. Plus you need to watch 30 sec of forced ads. You cant even skip it. What's with the effin ads. This stops me from supporting the game and buying diamonds. The ads are annoying.

A Google user: Fun for the first 30 minutes. This game is like an arcade game, can only shoot. The game decide where you will go. One thing that I don't like is when I lose, the game go to 1 minute locked ads(can't close) followed by another ads. One more thing is always meed to upgrade weapon.