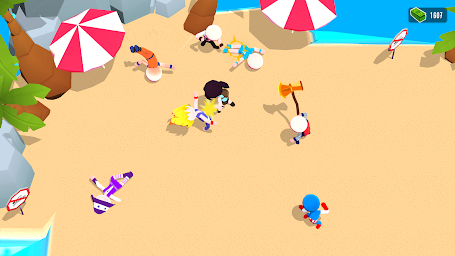 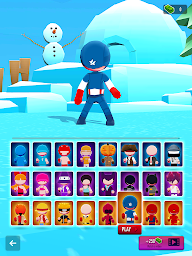 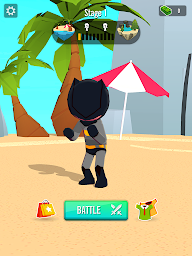 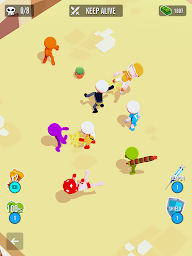 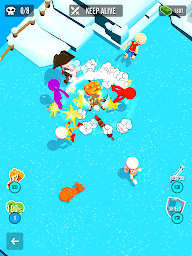 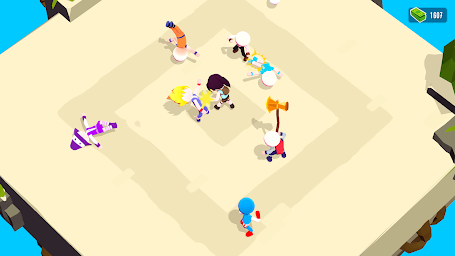 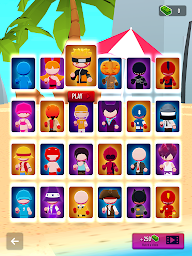 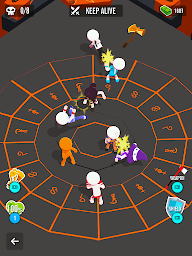 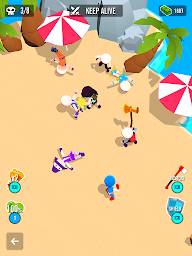 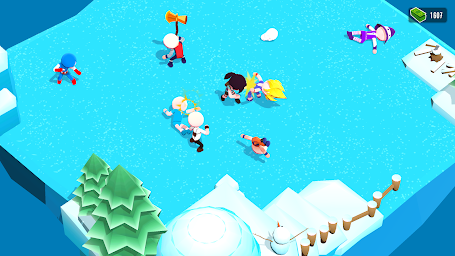 Stickman 3D - Street Gangster 1.0.5 APK + MOD (Dumb enemy ) requires Android 4.0 and up, size 35M. You must update your Android phone if it doesn't meet the requirements.

How to Download, Install and Use Stickman 3D - Street Gangster Mod Apk?

In human nature, we always have to fight to survive. Bring back valuable trophies from the battle. The most important thing is to defeat your opponent. We do so in order to survive and lead to a greater benefit of life. The winner gets everything and the weak will lose. Come to Stickman 3D – Street Gangster to fight to become the winner. Satisfy your own passion for fighting.

Is a place where many interesting characters are gathered in one place. Entering a life-and-death battle with your fists. You will be a powerful hero fighting to win. 3D graphics are not too detailed but bring lots of bright colors. Cool characters with fun shapes come from all over. Stickman 3D – Street Gangster is a great choice for you to relieve the burdens in life. Put all your anger on other opponents in this game. Requires players to have very skilled fighting skills. Use your wits to make it to the last minute.

Step into the fiery matches of Stickman 3D – Street Gangster you are a gladiator. Your main mission is to destroy the enemies around you. You will be taken to an arena with lots of people. The last survivor in this arena will be the victor. The controls in the game have been simplified compared to other games. The battle button will be integrated with the virtual joystick. You can use the joystick to help the character move around. When meeting enemies, press on the joystick to be able to hit them. It will be a bit difficult to play at first but as you will get used to it and feel easier and smoother.

There will be many characters synthesized in Stickman 3D – Street Gangster. With a multitude of different special shapes and powers. You can choose for yourself Captain America, Saitama, Red Imposter,… A lot of your favorite characters will be included in this. Unleash fighting passionately with the characters you choose. Each of these characters will have special abilities that can be activated when needed. Use these skills to sweep your opponents, turning defeat into victory. This is a game dedicated to Anime fans and heroes in the movie. Own these characters by unlocking them in the shop with money earned through battles.

Superheroes in movies often have their own weapons. The weapons of the character in Stickman 3D – Street Gangster are shaped in accordance with reality. What are the characters in the movie or the game holding something, now they hold that? Not only that, but you can also pick up weapons that fall on the road. The weapons will give you the ability to hit far beyond the normal attack. Not only that, but it can also attack many opponents at the same time. When you have the weapons in your hand, you will be like a tiger growing wings. With extremely terrible damage you can knock down enemies easily. Become an undefeated monster crushing the arena and taking the number one glorious and prestigious spot.

The way you can achieve the highest rankings in Stickman 3D – Street Gangster is to get strong. This is very important because the faster you get stronger, the more buff you will get. By deftly destroying opponents weaker than me first. Note the collision between many enemies to take the opportunity to destroy them all. Move skillfully to dodge enemy attacks aimed at you. As your level gets higher you have more chances to kill the enemy. However, beware of stabbing people behind you because they are very dangerous. With a bit of loophole or bug migration, you can pay a hefty price tag. Come up with the right strategy.

Do you want to have a lot of money to be able to own your favorite character? Then in addition to fighting, please participate in the game’s daily events. Take attendance every day to get great rewards. Watching more videos is also a very useful way to get lots of gold coins. The players who reach the top each day will be rewarded with lots of gold and video views. Make lots of money to own everything you like in Stickman 3D – Street Gangster. Add more cool characters and your collection of powerful heroes. Download Stickman 3D – Street Gangster mod to choose for yourself a favorite character, join the fight to win.

No, You can download the Stickman 3D - Street Gangster Mod Apk on your smartphone for free

Q. Why is my Stickman 3D - Street Gangster Mod Apk not installed?

No, You might have installed an older version of Stickman 3D - Street Gangster Mod Apk. So please install the latest apk file from this website.

Whitefang Silverpack: Well,, that was straight fun.. /-) Update: Ok, I'm moving from 4 to 5 stars, but you probably want to hear this,, -active bonuses(perfect that we get them through adds) would be better acquired before the fight and not on current fight.. -there should be a limit (may be 2, or depending on something) to the amount of bonuses.. -you could add a sprint/dodge/block/counter abilities, to use at least 2 of them in active combat.. -finally, it would be awesome a real one on one, 2v2, or team challenge

Raziel Jones: nice combat my favroite one also the slow motion is good but one thing. it's not online and i like games that is online and naybe you can add a gun mode since it is a batllefield and it's lazy because your using mixamo and that's why it's three star!

Fady Girgis: I like but add Spiderman skin and I am never addicted it says be careful it to addicted ? so if you want it to be addicted you have to improve don't say bla bla bla so addicted so I belive you can do better then that becuase alll your games are cool but I will give five shiny????? stars to support your game ???????

Jonathan Blackstock: The reason why I love this game because you get to have weapons and shields but I did test the shield out but I'll test it out after I sent this

Eros Ramos: You don't hit fast but they do wow how fair.can you also put multi player online or offline is fine by me and can you add story made because it is quite a boring game a little.

Teng Vang: Its kinda fun but it gets tedious after awhile. They should add 8 - 12 players and then it will truly be a battle royale.

Keri Lemay: It's an average game for people but the graphics aren't really that good and the controls feel weird.