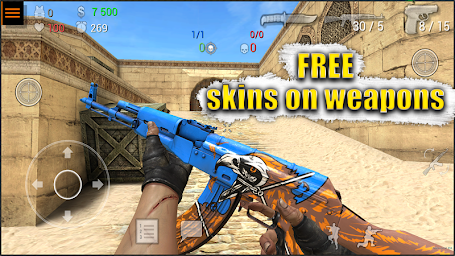 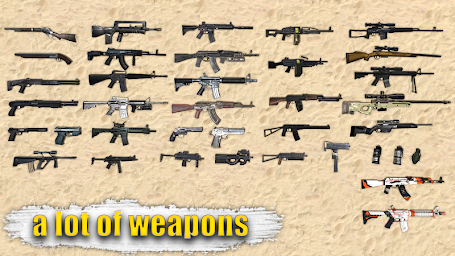 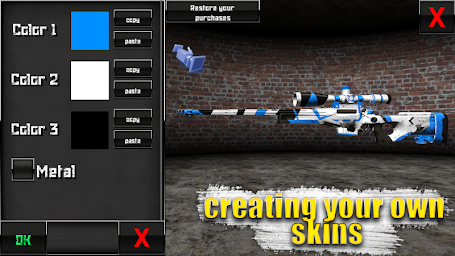 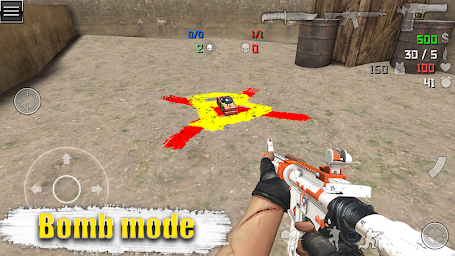 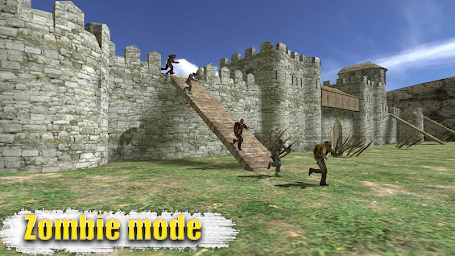 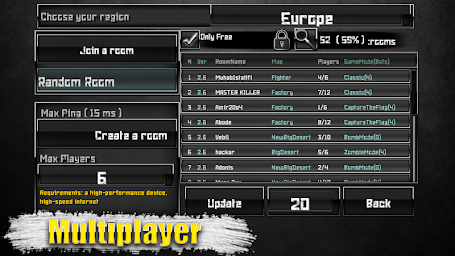 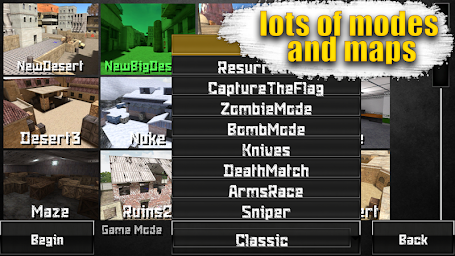 Special Forces Group 2 4.21 APK + MOD (Unlimited health & ammo) requires Android 4.0 and up, size 314Mb. You must update your Android phone if it doesn't meet the requirements.

How to Download, Install and Use Special Forces Group 2 Mod Apk?

FPS or First-Person Shooters are extremely popular in the world of games in general not just mobile games. If you’d look back, you’ll probably recall games such as Counter-Strike that were widely popular back then and even up to now. Nowadays, there have been countless FPS games that were made for mobile. But the majority of them are trash.

But not Special Forces Group 2. This game was developed by ForgeGames and it has already reached more than 50 million downloads in Google Play Store alone! What makes this game so special is because it resembles Counter-Strike which is beloved by many. But not only that, there are plenty of features that this game offers which can’t be found on any others. Prepare to shoot your way to victory! Read on below to know more!

What is Special Forces Group 2?

When you mention FPS, games such as Fortnite, PUBG, and Call of Duty Mobile may be the ones to come to your mind. We can’t blame you! After all, these are some of the most popular shooting games right now and millions of players play them on a daily basis. But did you know that there are some hidden gems out there?

Take Special Forces Group 2 as an example. This game has been downloaded many times but it isn’t as popular as others. But that doesn’t mean that this game isn’t any good. In fact, it resembles Counter-Strike so much which is probably the primary reason why many download this game. But there are much more things you can do in this game. Read on below to find out!

Special Forces Group 2 isn’t your typical FPS game. It has everything you’d want from an FPS game and more! Here are its features:

Game modes – Special Forces Group 2 features multiple game modes for you to enjoy. The single player is when you can fight with bots littered on a map. Then there’s the Classic Resurrection, Capture the Flag, Zombie Mode, Bomb Mode, Knives, Death Match, Arms Race and Sniper mode. These are all multiplayer modes wherein you can fight against real people in real time! There are generally 8 players per team and you will fight each other depending on the objectives. But one thing’s clear, you need to use your weapons to eliminate the enemies!

Epic gameplay – Special Forces Group 2’s gameplay is similar to Counter-Strike in many ways. It resembles the older generation of the game but it delivers so much more. For instance, when you jump down, time will slow down for a brief moment kind of like in the Matrix. In this window, you have the advantage over your enemies so you must kill them instantly!

3D Graphics – The 3D graphics of Special Forces Group 2 is also reminiscent of Counter-Strike games. The developers did a good job of creating an FPS game that is playable on mobile phones while others couldn’t. This alone makes this game such an impressive one.

Easy controls – Even though this is an FPS game, the controls are optimized to suit mobile gaming. You’ll find the virtual pad on the left side of the screen and the fire button on the right. Then, you can also find the other buttons scattered on the screen. You can further customize these buttons to suit your device and playstyle.

Weapons – In Special Forces Group 2¸there are a lot of weapons you can use. There are pistols, shotguns, submachine guns, rifles, sniper rifles, machine guns, grenades, bulletproof vest and so on. You can also customize these further using 134 weapon skins.

Special Forces Group 2 is an epic FPS game that will bring back Counter-Strike memories. Download the unlimited money mod now to unlock all the weapons and skins!

No, You can download the Special Forces Group 2 Mod Apk on your smartphone for free

Q. Why is my Special Forces Group 2 Mod Apk not installed?

No, You might have installed an older version of Special Forces Group 2 Mod Apk. So please install the latest apk file from this website.

A Google user: This game is definitely a time killer to say the least, it has acceptable graphics for a mobile game, and it's pretty much worth downloading this because it's free with the exception of in-app purchases. Moving on, it doesn't have too much flaws except for very rare connection problems on online servers, this game has aged well and I hope this game will further expand than it is.