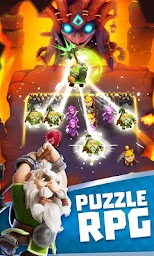 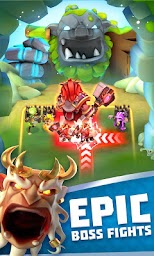 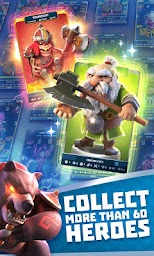 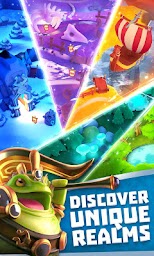 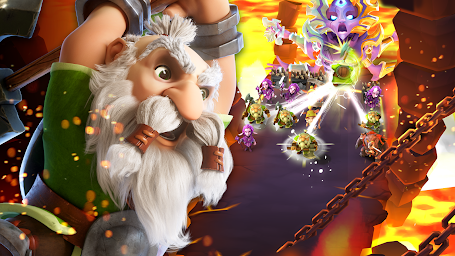 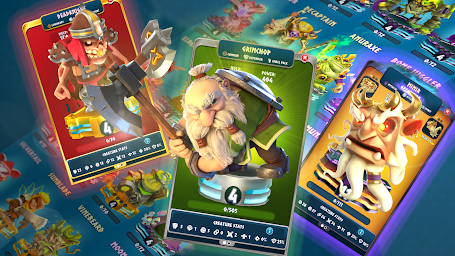 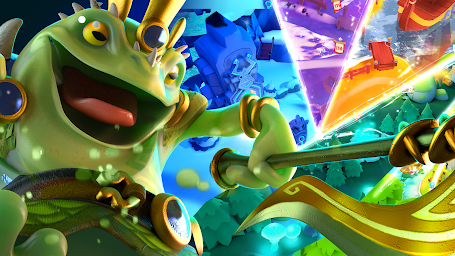 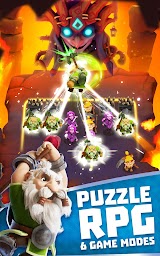 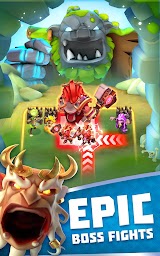 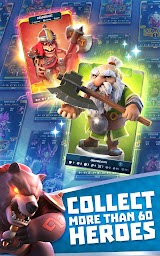 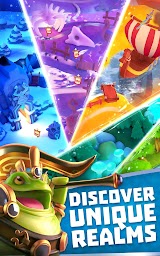 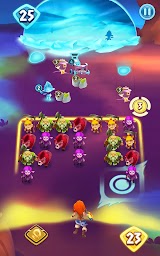 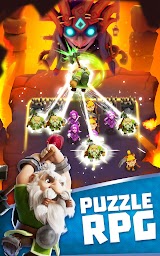 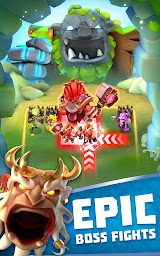 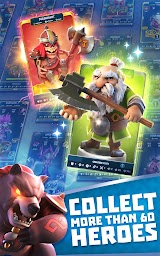 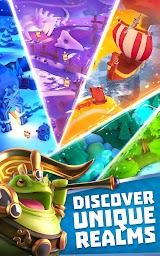 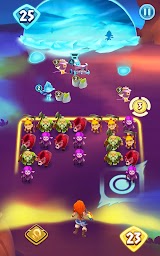 Legend of Solgard 2.31.0 APK + MOD (Menu: Damage/God Mode) requires Android 4.0 and up, size 110Mb. You must update your Android phone if it doesn't meet the requirements.

How to Download, Install and Use Legend of Solgard Mod Apk?

Introduce about Legend of Solgard

Legend of Solgard is an RPG game with a gameplay similar to match-three games with characters inspired by Norse mythology. You will pass the levels with specific strategies and see an impressive slow motion. In addition, the game also owns a unique number of characters that players will spend time collecting and many rewards waiting for you to unlock.

PARTICIPATE IN THE BLOT FESTIVAL EVENT

In the new version of Legend of Solgard, players will find an exciting event called Blot Festival, where players will join their teammates to battle the enemies in the game. Completing the event will help you gain certain rewards. At the same time, that reward will allow you access chests to unlock many essentials. Of course, you will meet again unique, familiar characters to bring them back to your squad.

You will participate in an RPG match style similar to match-three games in Legend of Solgard. You and your friends will fight certain enemies in the game with turn-based attacks. At the same time, you will have a certain number of turns and try to create many coordinated phases to attack the enemy until their points are reduced to zero. When you finish the enemy, you will see a slow-motion of the decisive attack so that anyone will love it.

You will see a field with your characters and arrange it into an accurate squad with impressive stats. Of course, when entering the level of this game, your characters will not attack immediately, but you will need to give strength to these characters. In the field, there will be minor characters with different colors, and their numbers will overlap. You will also see their appearance increase if three characters of the same type are standing next to each other.

When three characters stand next to each other, a significant-sized character of the same type will appear, and they will be granted the right to attack. You can move a character’s position to create a combo and create a giant character. So, each turn, the players will have some turns for you to match characters of the same type to all-out attack your enemies. At the same time, over time, you will find many characters with awe-inspiring powers.

UNLOCK NEW CHARACTERS AND UPGRADE THEM

Building the strength of characters in Legend of Solgard will be the critical point in this game as you face potent enemies and overcome many different levels. You can strengthen your character, and the materials to upgrade are gold and gems of the character. So you will try to collect these gems, and most of the time, you will try to get chests. Each chest will have an impressive reward.

The opening of the chest is a prevalent point in different games, and in it, there will often be unexpected rewards. So, different types of chests will appear during events as mentioned above or when you complete a certain level. Collecting gems of the characters will help you to unlock new characters or increase their power. So this will be a long journey that you will take the time to complete.

Q. How can Apkgods.net guarantee 100% security for Legend of Solgard Mod Apk?

No, You can download the Legend of Solgard Mod Apk on your smartphone for free

Q. Why is my Legend of Solgard Mod Apk not installed?

No, You might have installed an older version of Legend of Solgard Mod Apk. So please install the latest apk file from this website.

Hoss Cartwright: Game was finally running smooth. They update. Change the entire quest setup and the game has a memory leak to rival the worst ever on pc. After just a few minutes of sitting in the game, not doing anything just sitting on any screen, the game slows down to a crawl. I am level 36,have played for well over a year. The game is basically unplayable now. What used to take an hour now takes multiple hours. Absolutely horrid. Like they threw out an alpha or beta update.

A D: I enjoyed the game when it came out first. played for a while. But because of glitches in their system, I had to re start after reaching level 35 and having a team of legendaries at level 10 or more. After a few months I started again and reached level 30. It was easier to reach level 30 second time. The game glitched again while I had it open for playing and started at level 0 again. The helpdesk said they will respond in 5 days. No response. Anyhow.. Just deleted the game.

A Google user: Game itself is exactly as expected, an alright game that is manageable without being terrible. You can do it for free or they have some discounts that are great too. So, why 3 stars? It wouldn't sync to my account, support was awesome but even they couldn't figure ot out. My final attempt was to uninstall and reinstall, but that cost me all my progress and the two, albeit small, purchases I had made without fixing g the sync issue.

A Google user: I'm going to be honest, I've been playing for a few months now and I love the game. It's a lot of fun, I don't mind grinding to get the things I need to upgrade my creatures. What really sucks is the game glitches quite a bit, 2-3 times an hour in my experience which causes me to lose matches and ranks which is worse when I am about to deal the final blow to win. When I first started playing it never happened then 1-2 updates ago it started. I am still hoping it going to get fixed though.

A Google user: This is a fun game and very addictive. The perfect phone game I've been looking for honestly. But my only issue is that the more you progress the more energy it takes to play. Starting out I used to be able to play almost 20 levels before my energy ran out now I can only play 5 levels. I would give 5 stars if it didn't cost so much energy to play or your hero's energy level was increased.

A Google user: Fun until I hit the pay wall. I really wanted to love this game, but the developers have skewed the game so far in their favor it's not fair play. You get zero exp for replaying battles, which means you can't level up your charter or creatures. The challenges are set for levels higher than yours and even on auto play you will lose to to an enemy that has 2/3 the power of you team. So as pretty as this game is be prepared to drop a lot of coin. Shame. I've deleted it.

A Google user: The game was fun but is now crashing at least once a day - often more. This, coupled with long load times has made playing tedious at best. Furthermore, it takes all your tickets or exhausts all your creatures before each game so when it crashes during the game loading screen you lose everything. I have sent dozens of crash reports but received no response. It appears the developer has totally abandoned its users.

A Google user: I really love "match 3" and honestly I wasn't expecting such a challenge but, I was presently surprised that is match up game takes a bit more strategy than the standard versions I'm used to. I really dig the 3d rendered art and it even as a pretty decent story. So far my only grip is that I would have like to see more options for the hero character. I think the dev's missed an opportunity to put in a character creator took to add to the immersion of the story just a bit more.

A Google user: Not worth the time. The gameplay is really uninteresting. Extremely long cool down on tokens to refresh and play the events. You often only get two tries for each event every 24 hours or more. You get several characters and after 30 levels you might have upgraded two of them once. Very little incentive to play much less spend actual money on it. Save yourself the time.

A Google user: POS - every since installing it, my phone drains battery like a sieve, and it must have something going on in the background because my phone will just freeze for a few seconds every now and then - makes it fun playing other games against other people and your phone won't respond at all. And don't get me started on how long it takes to load initially, and load in between battles, and switching from campaign to shop, etc. Really wanted to like it more, and maybe it would do better if I was running the Lamborghini of phones...but it's getting uninstalled.